Schools are an ideal place to provide dental care to large groups of children who have undiagnosed dental conditions with accompanying pain affecting their oral health related quality of life.

Taking dental care to the school setting has numerous advantages, where children are engaged within a setting that is familiar to them making them more positive towards dentists and developing a positive attitude towards accessing dental care.

At KCDS, both the departments of Public Health Dentistry & Department of Pedodontics conduct various school dental health programs throughout the year that include health education, preventive fluoride & sealant programs, screening as well as treatment for dental diseases. 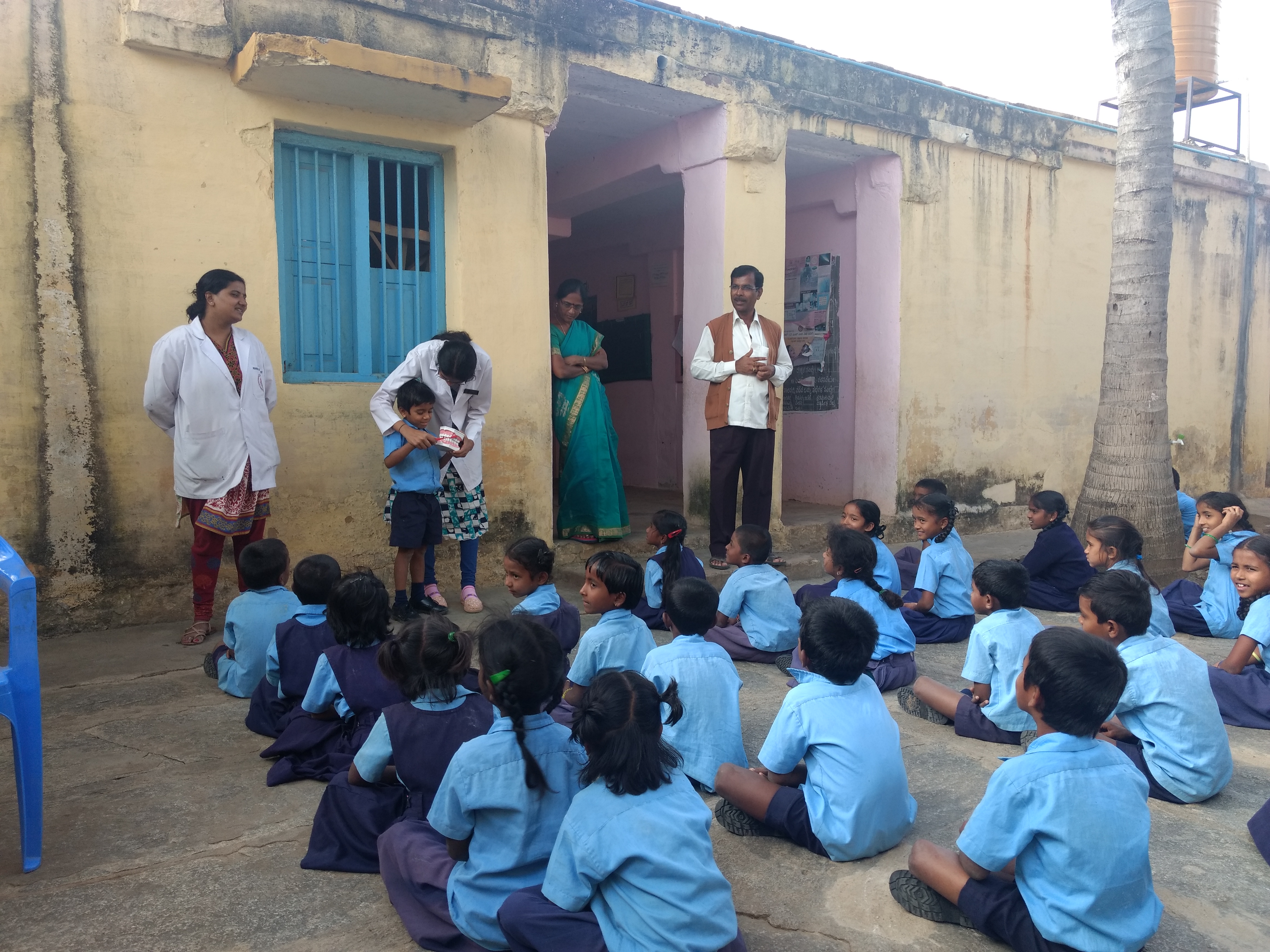 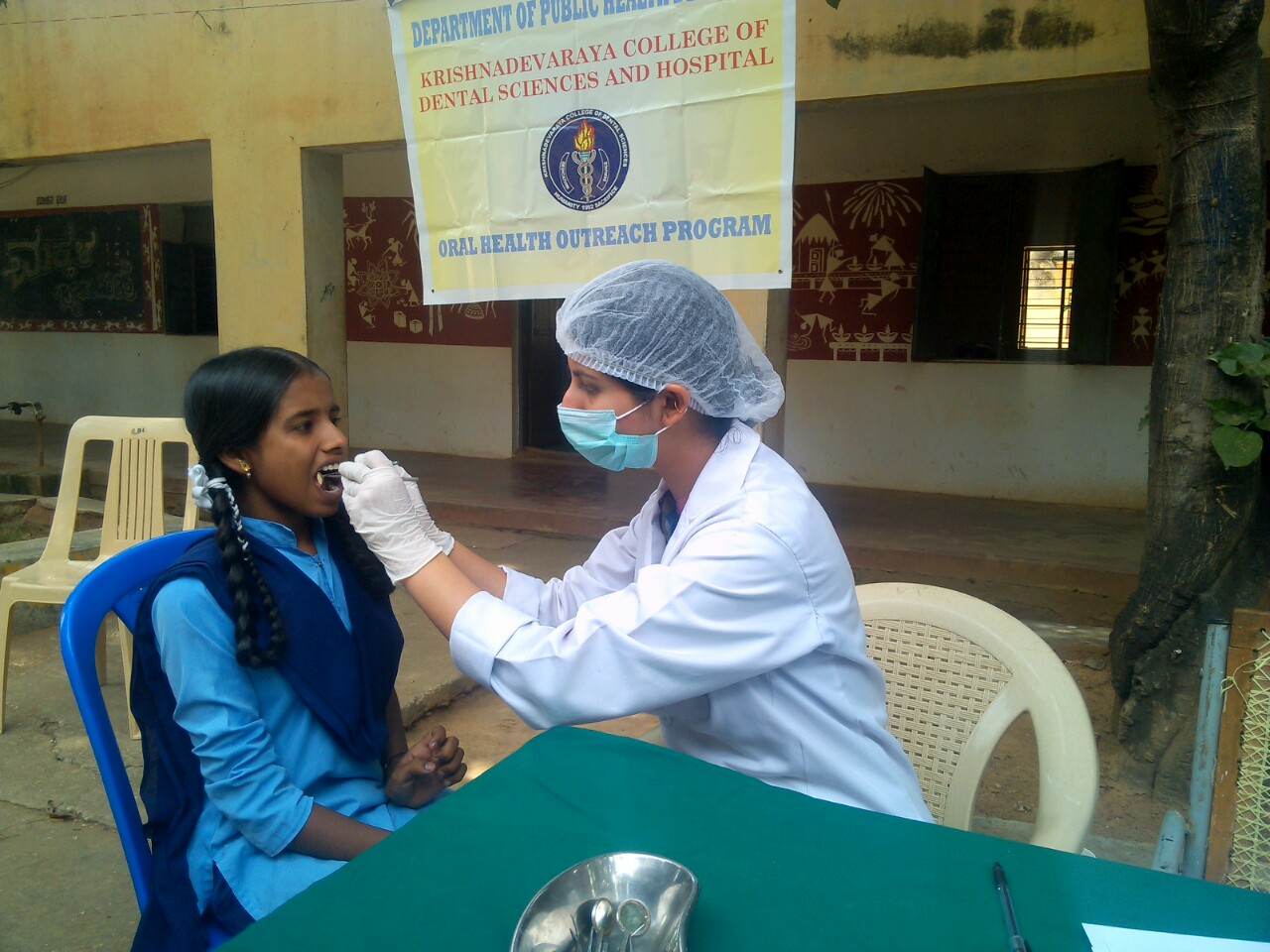 The Department of Public Health Dentistry, apart from regular school based dental camps, in association with Sri Ramana Charitable trust have conducted 53 school camps out of which 18 camps were conducted in remote places of chikkaballapur and Chintamani taluk in the period of  November 2017 to January 2018.