It was an action packed weekend at our KCDS sports ground with the Dr. Girish Sharma Memorial Bioline Family Cup – State Level Cricket Tournament by IDA Karnataka in association with IDA Bangalore underway with a participation of 10 mens teams and 5 womens teams.

We saw many winners emerge from the KCDS family for their respective teams. The KCDS Women’s team topped the Group Stages with 2 wins. Dr. Angela & Dr. Priyanka won Woman of the Match awards.

Congratulations to all the winners and participants! 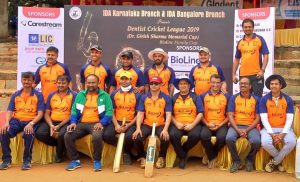 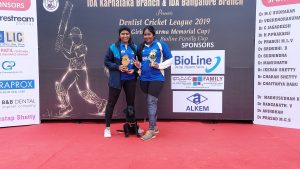 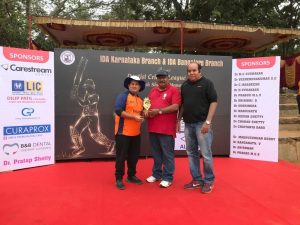